by Mohave Law in Criminal Defense 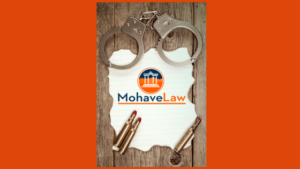 A misdemeanor is a less serious offense than a felony.  Arizona has its own sentencing scheme and Mohave County is within Arizona and located in the Northwestern part of the State.  Most misdemeanors are not eligible for a jury trial, but rather a bench trial, where the judge is the trier of fact.  Theft and DUI prosecutions in the misdemeanor arena are eligible for a jury trial and are an example of an exception to the rule.

Mohave Law PLLC is a firm with experience handling the defense of misdemeanor prosecutions.  Below is an excerpt of the sentencing ranges and fines for the Arizona Revised Statutes:

A. A sentence of imprisonment for a misdemeanor shall be for a definite term to be served other than a place within custody of the state department of corrections. The court shall fix the term of imprisonment within the following maximum limitations:

1. For a class 1 misdemeanor, six months.

2. For a class 2 misdemeanor, four months.

3. For a class 3 misdemeanor, thirty days.

B. A person who is at least eighteen years of age or who has been tried as an adult and who stands convicted of any misdemeanor or petty offense, other than a traffic offense, and who has been convicted of one or more of the same misdemeanors or petty offenses within two years next preceding the date of the present offense shall be sentenced for the next higher class of offense than that for which the person currently is convicted.  Time spent incarcerated within the two years next preceding the date of the offense for which a person is currently being sentenced shall not be included in the two years required to be free of convictions.

C. If a person is convicted of a misdemeanor offense and the offense requires enhanced punishment because it is a second or subsequent offense, the court shall determine the existence of the previous conviction.  The court shall allow the allegation of a prior conviction to be made in the same manner as the allegation prescribed by section 28-1387, subsection A.

E. The court may direct that a person who is sentenced pursuant to subsection A of this section shall not be released on any basis until the sentence imposed by the court has been served.

E. A judgment that the defendant shall pay a fine, with or without the alternative of imprisonment, shall constitute a lien in like manner as a judgment for money rendered in a civil action.

F. This section does not apply to an enterprise.

Can I keep my Car in a Chapter 7 bankruptcy?

Can I get creditors to stop calling me in Bullhead City, Kingman and Lake Havasu City Arizona?

Libel and Slander in Arizona